We offer pre-IRAP® consultations, uterine cultures and biopsies, artificial insemination, reproductive ultrasound, pregnancy exams, and post-natal care for your mare and her foal. 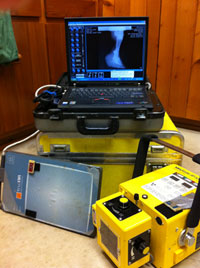 We offer digital radiographs, the newest and best method of obtaining x-rays in the horse. The primary advantage of Digital Radiology is that it allows us to immediately view and verify the radiographs at the time of the exam. We can then confer with you onsite and immediately choose a course of action to treat your horse’s lameness.

Using diagnostic ultrasound, the “gold standard" in the evaluation of tendon and ligament injuries on the horse is most helpful in imaging soft tissues and fluid filled structures where radiographs produce a conclusive diagnosis. It can also be beneficial to diagnose pregnancy in mares and internal medicine problems by imaging organs and soft tissues in the body cavity. 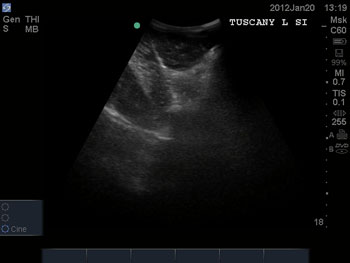 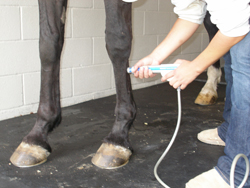 One of our most effective treatments for chronic lameness is shockwave therapy. Lithotripsy It is a cutting edge treatment in the horse industry that is used to treat various conditions causing lameness. Shockwave therapy is a non-invasive treatment that does not require general anesthesia. There are few, if any, known side effects. The regimen usually consists of a series of 3 treatments each lasting about 10-20 minutes.

ABJ Equine believes that proper dentistry is essential to your horse's general health. Routine dental floats, every six months to a year, will greatly improve your horse's quality of life and longevity. We work closely with dental specialists to provide our clients with the best possible dental care. A practice based out of Las Vegas, Nevada services several states and they make regular trips to our area.
For more information or to make an appointment call: 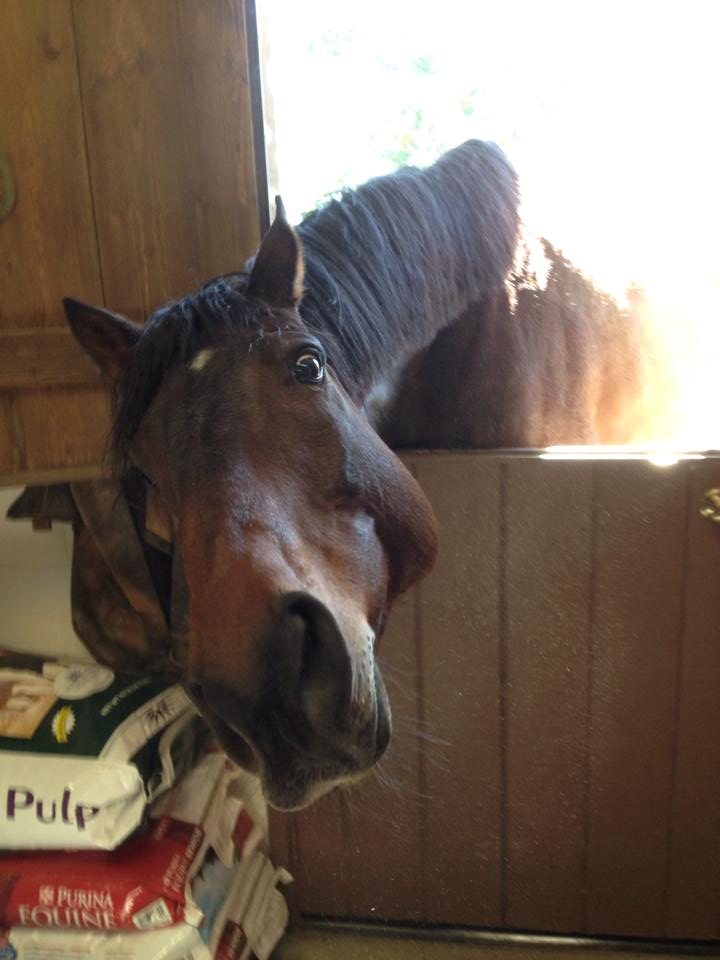 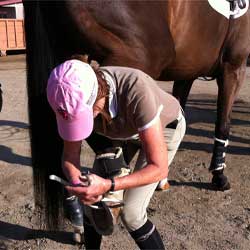 Pre-purchase exams are for clients who are looking to buy a new horse. Contact us if you would like to schedule a pre-purchase exam.
ABJ Equine Practice
Dr. Anne McCabe
858-759-2772
drmccabe@abjequine.com

We provide services to meet all your horse's general health needs. At ABJ Equine we emphasize preventative health measures to keep your horse at peak health. This includes general deworming and vaccinations and other routine healthcare procedures.
A variety of diagnostics to monitor your horse's health most commonly performed include:
A complete blood work up (including specific viral and metabolic panels)
Endocrine and Allergy profiles
Biopsy
Histopathology
Pathogen culture

If you are traveling across state lines with your horse, we can provide you with the proper documentation. Simply schedule a vet exam to obtain your Health Certificate and Coggins Test. 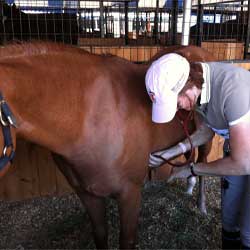 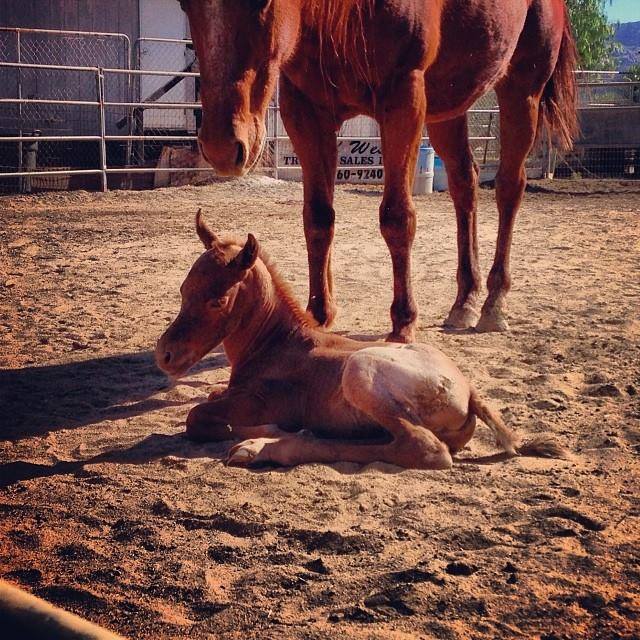 APS- Autologous Protein Solution
Pro-Stride
Natural, Drug-Free Treatment for Joint Pain and Arthritis Extracted blood centrifuged to a super concentrated joint injection These injections are capable of slowing cartilage degradation and improving mobility reducing pain associated with arthritis. (This entire process can be completed in less than one hour locally)

Extract rejuvenating cells from bone marrow or fat tissue that produce replacement cells typically used in treating arthritic conditions and sport injuries. (This is often used in conjunction with PRP)

..if your horse exhibits any of the following:

Temperature 99-100.5 Degrees Fahrenheit
Pulse: 24-40 beats per minute at rest (varies with exercise, pain, illness, etc.)
Respiration: 12-24 breaths per minute (at rest, also varies)
Capillary Refill Time (CRT): Less than 2 seconds
---To perform this test, press on gums with your finger. Color should return in less than 2 seconds. Mucous membranes should be pink in color.
Gut Sounds should be heard on a regular basis (you can listen to your horse’s gut sounds by putting your ear or a stethoscope on his abdomen)

You can purchase any of these items and more from ABJ Equine for your first aid kit.
Your kit should contain the following:

We strongly recommend all horse owners consider purchasing equine insurance. This guarantees services can be rendered for emergencies and chronic illness. Equine insurance offers peace of mind for horse owners because it allows us to provide the best medical care possible. Often the cost of these state of the art diagnostics and procedures can be costly when paying out of pocket.
There are many insurance companies that will accommodate you and your needs. Some of the insurance brokers we commonly work with include: